Composer, trumpeter, improviser, poet, conductor, educator and visual artist – was born in Buenos Aires, Argentina. He completed his early studies at the Conservatory Superior of Music in Buenos Aires, received his B.F.A. in Composition and Trumpet Performance at the California Institute of the Arts (CalArts), and a Ph.D. in Composition at The State University of New York, Stony Brook.

As a trumpet player, Dr. Loyato has shared the stage with such notable artists as Arturo Sandoval, Poncho Sanchez, Yusef Lateef, Ray Anderson, Wadada Leo Smith, Charles Davis, Adam Rudolph, Hisham Hallak, Ziyad Sahhab, and iconic Lebanese composer and writer renowned throughout the Middle East and beyond Ziad Rahbani, among others. Martín was invited to perform in the First Latin Grammys in 2000.

In 2003, Dr. Loyato rehearsed and conducted's Pierre Boulez piece Sur Incises six months before Boulez's arrival to perform the work for the Ojai Music Festival in California. He has performed with and composed for numerous orchestras worldwide, including concert works for electro-acoustic, dance, theater, choral, musicals, orchestra, chamber ensembles, and music for television features and advertisements.

Among many private commissions from Europe, New Zealand, Asia, North and South America, he has been commissioned to write a children’s musical, En el Fondo de Mar, to benefit poor children in Buenos Aires. He has received a number of awards for his compositions. In 2003 he was invited by the Janacek Academy in Czech Republic to participate in an international performance and composition workshop for percussion. The renowned Penderecki Quartet selected his string quartet Allí Buenos Aires in 2004 for a performance workshop discussing and demonstrating the latest in writing for strings. Celestial Spheres, a multi-media piece notated graphically for forty musicians, was premiered at CalArts in 2005. This piece is published in the book Notations 21 an anthology of innovative musical notation by Theresa Sauer. In 2016 another Loyato’s graphic score was featured in a book published in Spain called Partituras graficas y graficos musicales circulares en el Arte Contemporaneo (1950-2010) (Circular Graphic Scores: Between Time and Space), BRAC – Universitat de Barcelona by Spanish visual artist Marina Buj. He was recently mentioned as a composer in the book Play for Health Across the Lifespan by Alison Tonkin and Julia Whitaker - Routledge Publishers - Taylor & Francis, UK. Two of his poetry books were published in Argentina; Helechos del Alma by Editorial Biebel and K-ro - Poetic Suite of Six Petals - Limited Edition - by Editorial Sinestesia.

2010 marked the release of his first solo album, Syncretism, in which he explores the colors of the Indonesian Gamelan orchestra, Middle Eastern and Latin rhythms, big band, electronics, jazz and poetry.

2017 marked the release of his second solo album Involution. An electro-acoustic experimental ambient album that features an international group of 30 brilliant musicians from Argentina, Australia, Germany, Greece, Korea, Lebanon, Spain and USA. The orchestration is a mixture of Eastern and Western instruments, electronics, vocals and a children choir.

Martin was awarded as an artist in residence at Seaside Institute in Florida in 2010, for the program Escape to Create “A Celebration of Art, Life and Community”, and in 2012 at Pedra Sina Residence in Madeira Island, Portugal.

He began his teaching career as a general music teacher and director of children's choirs in Argentina. As an educator, for four years, Dr. Loyato was part of the Morton Subotnick research team in Los Angeles, contributing to developing a series of computer applications that introduced music and technology to children of all ages. Later he moved to New York for eight years to pursue his Ph.D. in Composition at Stony Brook University, where he also taught under the supervision of renowned jazz trombonist Ray Anderson. From 2013 to 2021, he joined the Department of Communication Arts at the Lebanese American University in Beirut as a music professor, where he taught Music Technology, Composition, Music Composition for Visual Media, Music Theory, Music Appreciation, and directed jazz combos, world music and an experimental interdisciplinary ensemble. In addition, he was one of the main pillars to develop the curriculum of the first Bachelor of Performing Arts not only in Lebanon but also in the Middle East. Recently, Martín Loyato has moved to Barcelona, ​​Spain, to start a new artistic adventure. 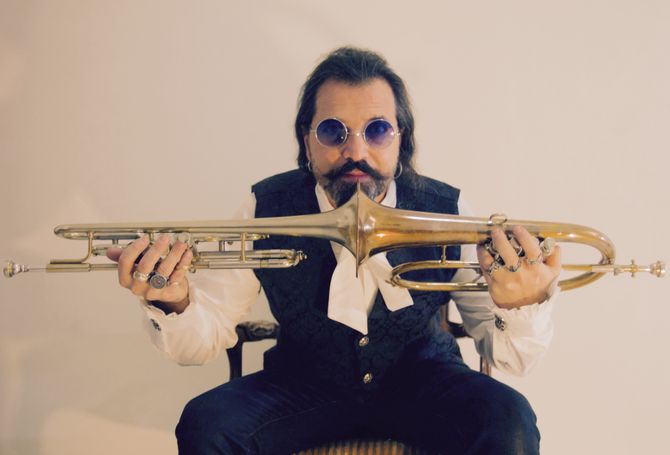